Yesterday evening we received the sad news that our hero ,Bill WH Price, had passed away.
We had the privilege to meet Bill and Helen at our event Het Gooi Bevrijd 2017.

Flying from Australia at the age of 102 to be with us to commemorate and celebrate the liberation of The Netherlands in WW2.
It was absolutely amazing to see a man ,with a more than an impressive history, so happy, loving and cheerful to everyone around him, especially to Helen....
He was like a little naughty boy enjoying the warm sunshine on his face. The sunshine which Helen brought to him every day, and he was loving every minute of it!

Helen, family and loved ones, we wish you all the strength and wisdom to deal with this tremendous loss.

From the organisation of Het Gooi Bevrijd;
Ron Manten (and family), Marc Den Hertog, Daniel Morren, Frank Kamperman, Wim Braam, Marianne Braam, Maartje Braam and Eric Verheul; from all the volunteers, participants and sponsors we thank you from the bottom of our hearts.

Carry On sir… All Secure….. 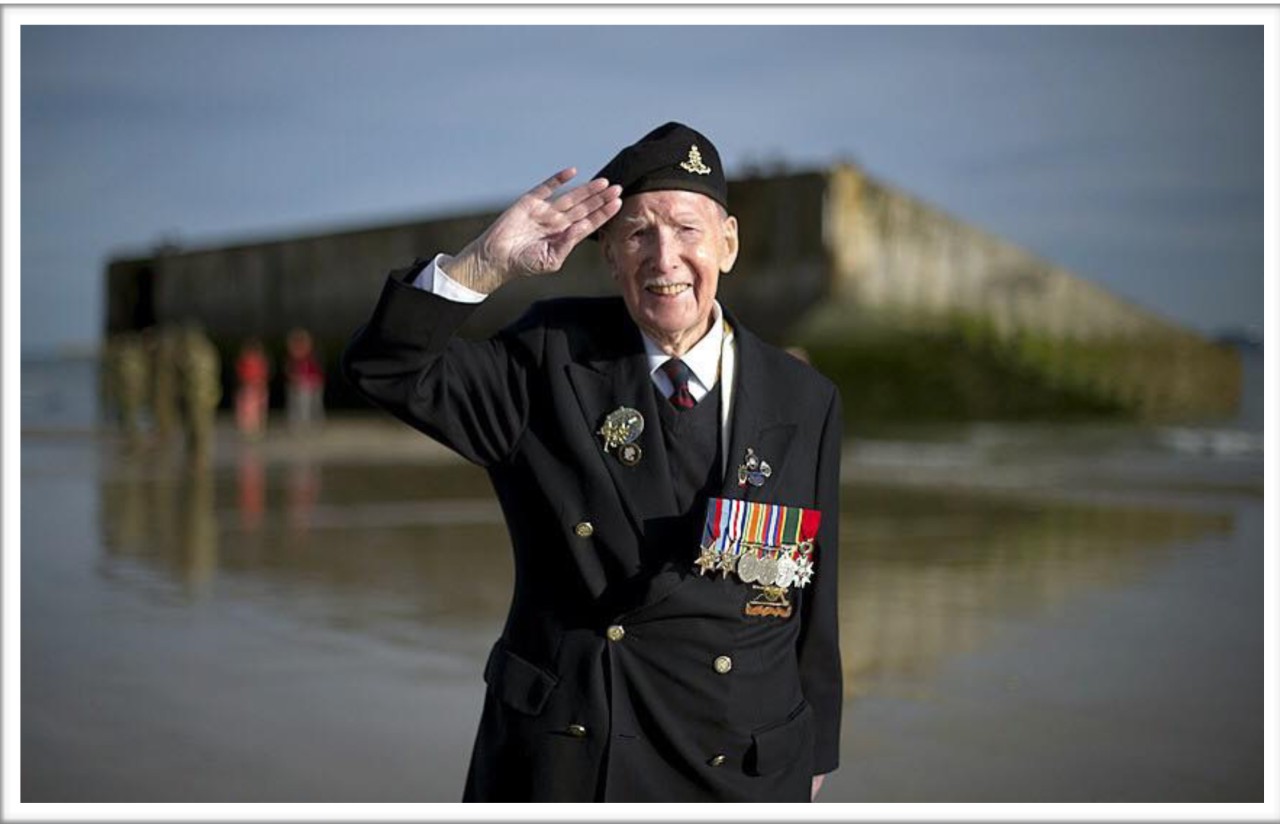 Bill joined the Territorial Army in 1938 at the White City
London. Following Prime Minister Neville Chamberlain’s return
with his infamous “Peace in Our Time” agreement signed with
Hitler. Serving with the Royal engineers at the start of the war,
he volunteered to serve as a gunner in 1942 in the light anti
aircraft brigade. In 1944 he was part of the merchant ships
channel crossing in convoy on the 5,000-ton Innerton, one of
the first merchant ships to be holed and semi-submerged on
D-Day+1. This was one of the first merchant ships which
created the floating Mulberry Harbour breakwater off
Arromanches-les-Bains for the following Allied invasion forces
as part of Operation Overlord.Two years earlier, Great Britain
had designed a secret concept of the artificial harbour code
named Mulberry’ B’ the British sector, and Mulberry ‘A’ the American sector.
Bill then served on the headquarters ship, HMS Despatch. Until the end of the Normandy
campaign, rejoining his Army ack-ack unit for the advance through France and Belgium to
Holland, where he ended up as welfare officer at a camp near Hamlin for 900 displaced persons
of all nationalities. 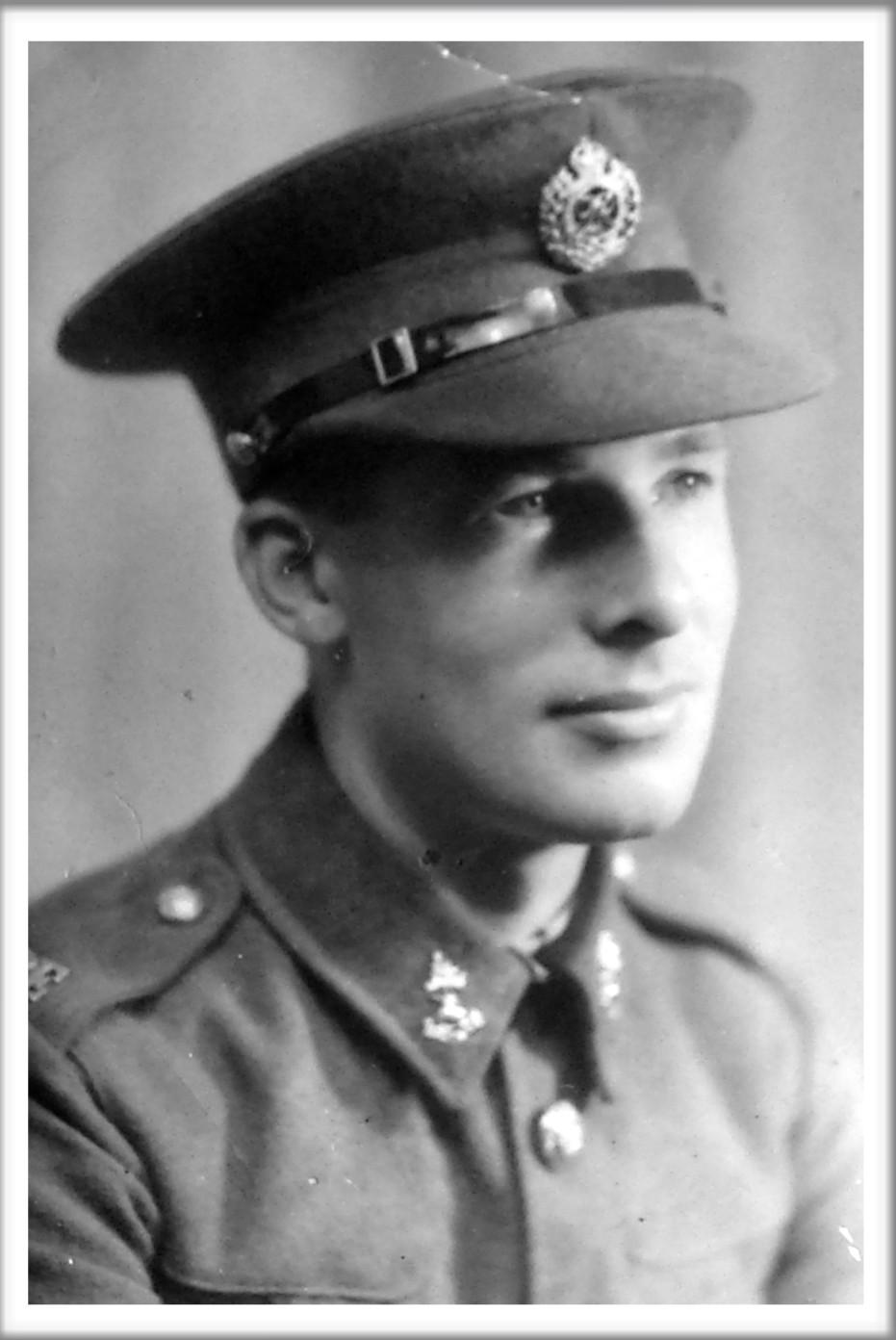 Demobbed in November, 1945, he went on to work in the accounts department of a Sheffield
steel firm. Having fond memories of his service days stationed in the New Forest at Ibsley in
1942, Bill retired to nearby New Milton in 1978, where he acts as branch welfare officer for the
local Normandy Veterans. As welfare officer for the New Forest Branch of the Normandy
Veterans, it falls to him to visit comrades in hospital or ill at home. In 2005 he was awarded the
Legion de Honor by the French in recognition of his services. Established by Bonaparte in 1802
as recognition of merit and is the highest decoration in France. Currently Bill is 102 yrs of age.
Bill’s recollections “ My uncle who served in both world wars, said to me “Bill, there’s going to be a war…”, so we both enlisted.
Having joined the Territorial Army in April 1938, I was called out prior to war being declared. I was involved in the defence of London. I volunteered for new Brigade 76th LA which started in parts of the UK with 40mm Bofors artillary
from 1942. Not knowing we would be involved in the D-Day landings in the Mulberry Harbour. We left Oban in Scotland on 28 May in a slow convoy of a number of merchant ships. I was on the MS Innverton as part of the breakwater harbour at Arromanches in Normandy. Innerton was semi- sunk about a mile out from the coast, the 7th ship to be sunk, each ship had a gun crew onboard. Later I was transferred to HMS Despatch as part of "Operation Overlord.”